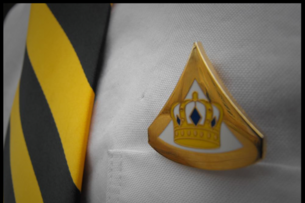 Before I came to college my knowledge about fraternities was incomplete and sorely skewed. Having based all of Greek life on “American Pie: Beta House,” for years my thoughts of the Greek system were few and Hollywoodized. I also considered “frat boys” to be wealthy and stuck-up- those guys with the perfect hair and the Ralph Lauren collared shirts. Daddy’s boys. Boy, was I wrong about all that.

When I came to Colorado State I thought nothing of joining a brotherhood. Sure, some of the men and women in my residence hall were joining and some even left the dorm to go live in the houses. I didn’t understand. Pledging is stupid, I thought. Who would want to drop a couple Gs on living in a house with members of the same sex and drink beer all day?

After my first semester ended and the culture shock of this massive campus had passed, my mind became more open to involvement. Soon after reading “Confessions of an Ivy League Frat Boy” for my composition class I was asked to attend an info session for a fraternity. I don’t know if you have ever read this story about hazing that occurred at Dartmouth but I read the entire memoir and it was horrifying. Although I didn’t quite see myself slamming hard liquor or anything of that sort, this story basically reinstalled this stereotype in my mind about fraternities. Anyhow, I still attended this information session about Beta Gamma Nu. I had been acquainted with two of the gentlemen from a different on-campus organization and they invited my roommate, Jesus, and I. We listened to them present about their intangibles and their history and left after shaking all of their hands. We got back to our room in the dorm and I asked him if he was interested in joining. He was unsure. So was I.

Two weeks later we found ourselves starting the process they call pledging. We were officially pledges of Beta Gamma Nu. This means that over the course of two weeks the gentlemen of the Zeta Chapter here at CSU were able to convince myself and a number of other men to express enough interest in the organization to pledge our allegiance to them. Never before had I experienced change so quickly in my own life. I must say that my doubts flared in and out but I learned about myself and I learned the value of brotherhood. I was raised a single child always craving the playful companionship of a sibling. I always felt like something was missing when I was at home by myself while my parents were busy or at work. The Epsilon Pledge Class became my family and I fell in love with these strong, intelligent young men. They really became my brothers.

We pledged for a large portion of the second semester of my freshman year. Each of us put great effort into the process to become active members of the brotherhood. The lessons we learned were detrimental to my life story. The gentlemen of Beta Gamma Nu who led us to victory have made an everlasting impact on my life and the lives of everyone in my pledge class. They taught me the value of education and the importance of how we portray ourselves to the world.

The bond I have built with my pledge class with the older brothers is one that cannot be broken. I honestly don’t know what it would be like in another fraternity and I never will. Perhaps it’s a similar experience, perhaps not. Because we are part of the Multicultural Greek Council I feel that our values are different than those of traditional organizations and I don’t mean to discount any Greek affiliated organizations by saying so. All that matters to me is that I am surrounded by my brothers; my family. I know that if I ever need anything all I have to do is ask. If I’m ever in trouble I can count on my bro’s to rescue me.

Pride in Culture * Brotherhood in Arms * Respect for Life

Member Only Site
View on Mobile